Xander was born in East Yorkshire, England & began dancing in Kingston upon Hull at the age of 8.

In 2009, Xander was invited to join The Mariinsky Ballet by its ballet director Yuri Fateyev and moved to St. Petersburg to join the company in January 2010 as its first ever British dancer. Xander was made Principal Dancer in July 2017.

He was awarded an OBE in the Queen’s New Year’s Honours list for services to ballet and UK-Russia Cultural Relations in January 2019. Xander has been a guest artist with the Kremlin Ballet and the Stanislavsky Ballet in Moscow, English National Ballet, the Opera National Bucharest, and American Ballet Theatre as an ABT Exchange Artist.

Xander is generously supported by The Mariinsky Theatre Trust UK.

Basic Ballet ClassXander Parish1 Hour 15 MinutesBasic LevelIn this film, Xander teaches his own specially designed Basic Ballet Class. This class is basic in its difficulty level but is aimed at those who already have an understanding of classical ballet technique and...

Swan Lake, White Swan AdagioOksana Skorik & Xander Parish36 MinutesAdvanced LevelIn this masterclass, Oksana & Xander teach through one of the most famous and well known pieces of the classical ballet repertoire- the White Swan Adagio from the lakeside scene... 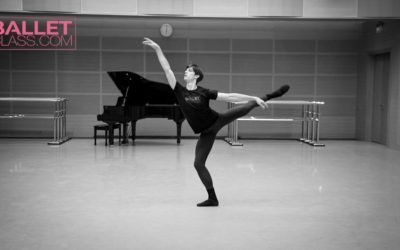