Valentino was born in Calcinate, Italy and began training locally aged four. Aged 11 he moved to Milan to study at La Scala Ballet School. At the age of 16 he was offered a scholarship to study at The Royal Ballet Upper School and while there won the 2006 Genée International Ballet Competition and the 2007 Solo Seal award. In his final year he created a role in Christopher Hampson’s Three Dialogues for the School’s annual matinee.
After graduation he joined Zürich Ballet and moved to Norwegian National Ballet in 2009. His repertory in Zürich and Oslo included Gurn (La Sylphide) and Prince (The Nutcracker).

Zucchetti won the School’s Ursula Moreton Choreographic Award in 2005. He choreographed Sonata for Six for the School’s 2013 matinee and regularly creates pieces for The Royal Ballet’s Draft Works. In 2013 he choreographed Orbital Motion for New English Ballet Theatre and in 2021 created Anemoi for The Royal Ballet which was performed on the main stage of the Royal Opera House. 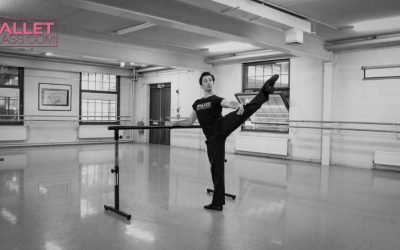