Misha was born in Chicago and started dancing at the Academy of Movement and Music in Oak Park, Illinois, and later on at the Salt Creek Ballet in Westmont.

After attending a summer program at the National Ballet School of Canada, Misha was invited to stay and spent a year training in Toronto. After that he joined the Vaganova Ballet Academy in St Petersburg, Russia studying under the Vaganova’s principal, Nikolai Tsiskaridze.

In 2018 he won the Vaganova Prix competition in St Petersburg and the All-Russian Ballet Competition in Moscow.

Misha graduated in 2019 and joined the Mariinsky Ballet where he remained until March 2022 when he left Russia after the war with Ukraine began and moved to Australia to join the Australian Ballet as a Coryphee under David Hallberg’s directorship. 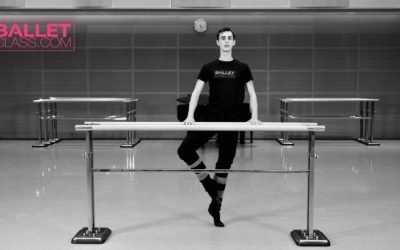 Pirouette MasterclassMisha Barkidjija21 MinutesIntermediate LevelIn this class, Misha teaches his own pirouette masterclass taking you through his own personal exercises to improve balance and coordination. Misha is a very gifted dancer and excels in his pirouettes...