Maria Khoreva was born in St Petersburg and began training in rhythmic gymnastics for seven years before joining the Vaganova Ballet Academy.

While at the Vaganova Academy, Khoreva was taught by celebrated professor Lyudmila Kovaleva, who is known for producing such talents as Diana Vishneva and Olga Smirnova.
In 2018 Khoreva graduated from the Vaganova Academy and joined the Mariinsky Theatre. In the summer before the start of her first season with the company, she debuted as Terpsichore in George Balanchine’s “Apollo” alongside Mariinsky principal Xander Parish in the title role. In October 2018, she danced the title role in Paquita, a rarity for such a recent graduate, and at the end of the month was promoted from the corps de ballet to first soloist, a rank just one step below principal dancer.

Khoreva is widely known on Instagram under the handle @marachok. She documents her day-to-day life as a dancer on the account in both English and Russian, and over the years has amassed half a million followers. Beginning in November 2020, Khoreva appeared on the third season of the Russian ballet competition television show Большой балет (Grand Ballet) aired on Russia-K. During the third week of competition, Khoreva received the show’s first ever perfect score for her performance of a variation from Paquita. She later won the competition overall. Khoreva is coached by former Mariinsky soloist Elvira Tarasova. 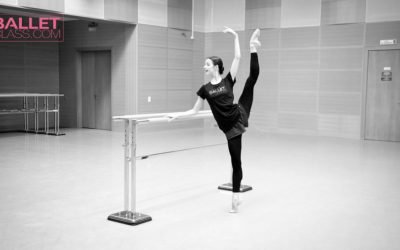